NEXT MEETING IS JULY 18; SAMIEE, WX5JMD WILL BE THE PRESENTER -- See info below

Currently virtual meetings are held the 3rd Saturday of each month starting at 8:00 AM. See link information below.

Currently virtual meetings are held the 3rd Saturday of each month starting at 8:00 AM. See link information below. 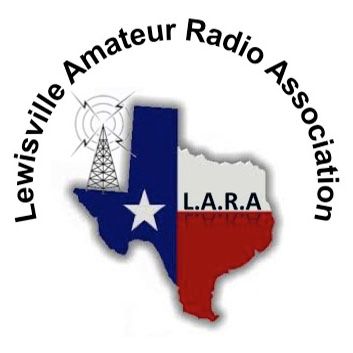 We welcome everyone who is interested in the science of AMATEUR RADIO. You do not have to be licensed to join in any of our meetings or events.

Due to the Covid-19 Pandemic our club meetings will be held using a virtual format. Next meeting is July 18 at 8:00 AM. Samiee, WX5JMD, will provide a presentation on Weather Radar. Sign-in link for the July 18 meeting --

Membership in our Association is not required to join the meetings.

Since we can't gather for breakfast in person we are doing a virtual gathering at 8:00 AM each Saturday except club meeting days (3rd Sat.). Here is the link to join in --  https://global.gotomeeting.com/join/859631629

Would you like to know what the “relay” in American Radio Relay League is? Aaron, K8AMH has set up another one of his online NTS training sessions, this one on Saturday July 18 at 2 pm CDT. You can find details and register at https://www.eventbrite.com/e/national-traffic-system-nts-training-july-18-2020-registration-112550898768.

James William Horton (Jim), 74, of Lewisville passed away on March 16, 2020.  He was born on March 18, 1945 in Detroit, Michigan (Highland Park) to Kenneth Horton and Mina Chavey Horton. He grew up in Gladwin, Michigan and graduated from Gladwin High School in 1964.  He was drafted in the Army in 1965 serving in the Vietnam War until 1967, with Honorable Discharge in 1971.  In May of 1967, he moved to Wichita Falls, Texas and he attended Midwestern State University.  This is where he met the love of his life, Sherry, in English class. He graduated from DeVry University.

Jim and Sherry began their journey through life on April 12, 1968.  He was an active member of the First Baptist Church Lewisville and “In His Grace” Adult Bible Study. His love and gifting of electronics landed them in Grapevine before moving to Lewisville where he went to work at Schneider Electric located in Carrollton in 1989.  He was a National Accounts Manager in the Buildings Business Department.  He retired from there in 2011 then returned until 2014. Jim had a love for Ham Radio and for the Lewisville Amateur Radio Association.

Jim was preceded in death by his parents, two brothers Robert (Bob) and Wayne Horton, and sister Sandra Palm.

LARA Meetings Are Held On The 3rd Saturday of Each Month

Location : Currently virtual meetings. See info above for a link to join the meeting.

Join Us For Saturday Morning Breakfast

Every Saturday except the 3rd at the Main Street Cafe, 208 E. Main St. Lewisville